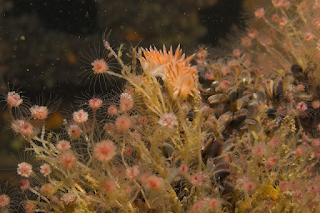 Fish Report 5/13/17
A Reef Thank You
Sea Bass Begin
Fluke & Sea Bass: Another Regulatory Massacre
Spit In Einstein's Eye
Sailing Daily For Sea Bass Weather Permitting - Monday (opening day & a bit shaky wind wise!) & Tuesday have special hours. After that - Saturdays 6:30 to 3:30 @ $125.00 -- rest of the week 7 to 3 at $110.00.
Tuesday On Looks Like A Pretty Week Coming. I anticipate good fishing.
Look forward to fishing every day possible..
Reservations Required at 410 520 2076 - LEAVE YOUR BEST POSSIBLE CONTACT NUMBER - Weather Cancelations Are Common - I Make Every Attempt To Let Clients Sleep In If The Weather's Not Going Our Way..
Be a half hour early! We always leave early!
..except when someone shows up right on time.
Clients arriving late will see the west end of an east bound boat. With a limited number of reserved spots, I do not refund because you over-slept or had a flat..
Bonine Is Cheap Insurance! Crystalized Ginger Works Too. It's Simple To Prevent Motion Sickness, Difficult To Cure.  If You Suffer Mal-de-Mer In A Car You Should Experiment On Shorter Half-Day Trips First! (Wockenfuss Candies sells crystalized ginger locally - We usually have some aboard - Better is Nuts.Com.. Chewable Meclizine is a good pharmaceutical, chewable Bonine's  a "less drowsy" meclizine pill; prescription Scopolamine Patches are the gold standard.)
Bring A Cooler With Ice For Your Fish – A 48 Quart Is Fine For A Few People.
No Galley! BYO Sandwiches & Soft Drinks. A few beers in cans is fine. (bottles break at bad times)
If You Won't Measure & Count Your Fish The State Will Provide A Man With A Gun To Do It For You. We Measure & Count — ALWAYS — No Exceptions!
Please Support the Ocean City Reef Foundation!
http://www.ocreefs.org
We're Nowhere Near Reef Building's True Potential.
If you know anyone with pallets of unsalable block, I know a toggy place or two we can store them. Forever. Will pay for trucking.
If you have a few blocks in the backyard taking up space and just making snake reef, bring em. We'll toss em overboard with the rest.
17,431 Reef Blocks deployed at numerous sites: TNC's Restoration Reef 278 - Doug Ake's Reef 3,238 - St. Ann's 1,585 - Al Giles/OC RUST Reef 1,260 - Eagle Scout Reef 934 - Sue's Block Drop 262 - Nichols' Concrete 867 - Capt. Bob's Block Drop 676 - Benelli Reef 341 - Capt. Bob's Reef 408 - Wolf & Daughters Reef 210 ..
The Reef Foundation Dinner was an incredible success. A million thank yous would perhaps be enough.
This year we're going to build a reef that will last into deep time -- a reef many  generations will enjoy. It's builders will be long forgotten while the TNC Boulder Reef at the Bass Grounds is still providing essential fish habitat at every life stage.
If the many efforts of oyster reef biofiltration restoration are at last successful in the Chesapeake & Delaware bays; and with an increasing abundance of coral in our near-coastal marine waters, we will have left the ocean far better than we found it.
Thank You All Who Helped With, Donated To, & Attended the Reef Dinner!
If you couldn't -- Next Year! But donations now are crucial to building the boulder reef.. Look for our Benelli Shotgun Raffle. Super-sweet..