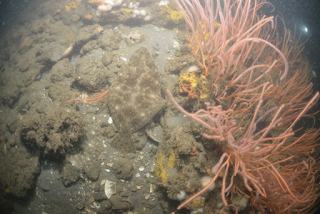 This first table is Mid-Atlantic "Wave 3" (May/June) Private Boat catch from the last 6 years. 2011 is missing so there was "No Catch" that year. Weights of cobia on Private Boats have increased substantially each of the last three years. (right column)
All Mid-Atlantic Private Boat..
All Mid-Atlantic Weight Average - Are charter operators unable to land fish even HALF as big?
All Atlantic by mode: MRIP's latest Fishery-Closing Catch Accusation.
Party/Charter chugs along at a normal pace, gets a fairly normal annual estimate, if up a touch.
MRIP then shows how fishing's professionals & their patrons missed yet another searing run--in yet another fishery, when Private Boats land a new Atlantic Coast record.
Fishery Closed.
Nothing new about that.
Just NOAA's shame deepening
..and one more bubble in a pot coming to boil.
Although people who do not own a boat vastly outnumber those who do, and we For-Hire operators often carry boat owners too; MRIP has Party/Charter carrying almost no one, while Private Boats now rival the raw extractive power of industrial pair-trawlers.
There must be, in MRIP's way of thinking, a great deal of Private Boat effort that only goes out on foggy nights - a ghost fleet capable of incredible landings - a mysterious unseen fishery where any one state's Private Boats are often able to outfish huge swaths of multi-state commercial effort..
The very reason we went to a fishing license or 'registration' was to remove that ignorance from recreational catch estimates.
We are, by now, supposed to know almost exactly how many people are going fishing recreationally.
MRIP, however, remains quite certain many people are not registered.
I swear, it seems as though they also believe canoes are trawlers too.
MRIP knew Congress & the National Academy of Sciences wanted them to use the new license info - the new "head count"- to better calculate catch.
MRIP's new mail-in survey may be ready next year. Might.
I think the delay was so they could build more stables for Pony Express.
This business of using MRIP as a certain guide to actual catch has got to stop. When government is using data a child could logically refute to close fisheries commerce -- "because they have to" -- then we have to take action and demand legislators make repairs to fisheries law.
We have to.
Below is a letter I wrote to the Secretary of Commerce, Mrs. Penny Pritzker, and a whole bunch of folks under her.
Feel free to share it with anyone you wish, including contacts in State & Federal government, and especially Congress!
Ask how many cobia they saw & weighed in VA to form that 48 pound average too..
Regards,
Monty
************
Capt. Monty Hawkins 4/9/16 -- Someone Please Help.
Secretary Pritzker, Many Good People,
I'll soon have 40 years in recreational fishing; my livelihood earned just 100-some miles from Washington, DC & spent mostly on the nearshore corals of the Mid-Atlantic.
Our fisheries survived foreign fleets--overfishing in its grossest form when our own government, the Department of State, traded fishing rights for military bases on foreign soil.
We came from that & thrived in early management as population after population soared.
Now, through use of recreational catch estimates from first MRFSS & then MRIP, fishery after fishery is being lead to the alter of overfishing and sacrificed as the Mayans lead their enemies.
There's no blood, but the pain is brutal. You're tearing the economic heart out of recreational fishing for what is, essentially, a scientific hoax.
It needs to stop.
It really, really, needs to stop.

An oh-so brief look at recreational catch estimates:
Many in the For-Hire fisheries must surrender catch reports. These daily forms, sometimes several a day, are required to reapply for permits. No "VTR" reports? No permits. It's serious & we take it seriously.
But somewhere in NOAA there's a roadblock that says, "These reports are no good as data. Our catch estimates are better." I think it's probably one or two guys, hold-overs from the Bureau of Commercial Fishing.
Maryland's official For-Hire MRIP catch-estimate of black sea bass, my specialty, is 56 fish -total- for 2105. Many of Maryland's party & charter boats, many times, submitted catch reports far higher from a single day's fishing.
You cannot push with a string. While I can positively falsify many low estimates with actual recorded catch, please believe the only thing that stops the lows from being as bad as the highs is zero.

Over-estimates, however, have no boundaries. Catch can & does go to the moon in implausible numbers. MRIP's assertions of catch survives the entire regulatory process even when not a single soul at the table believes the data: No One.

Overfishing thusly proven; that's not numbers you hear crunching. It's the bones of our economy.

My God it hurts. The pain of false accusations destroying our businesses is unreal.