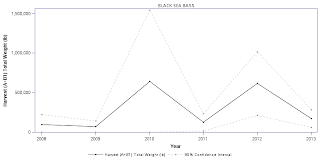 Fish Report 4/20/14
Easter News - Going Fishing!
..but first some reef building
How Many Fish Did They See?
Bad Estimates Create Reals Costs
Science of Statistical Outliers
From Below: "..Lost production, spawn that did not occur, was therefore one-hundred million pounds greater than all For-Hire catch in the entire Mid & North Atlantic combined. .."
REEF DINNER – Sunday, May 4th – 4:30 to 6:30 – Live & Silent Auctions - $20.00 At The Marlin Club's Door – Our Menu Rocks! Conch Fritters, Jerk Chicken & Steak Kabobs – Be Early, 140 Sells Out – Still Cheerfully Accepting Live & Silent Auction/Raffle Donations – Thanks Marlin Club, Benelli Firearms, Lighthouse Guns & Gear, Oyster Bay Tackle, PT's Marine, Tampa Florida's Gander Mountain, Ake Marine, Baldy, St. Croix Rods..
And let me tell you, there's a mountain of donations coming from non-fishing related businesses around Ocean City. Mate Mike's wife, Stacy, has put this dinner together with Amanda, COO at the Marlin Club. There will be many auction/raffle items with broader interest including:  Zenna Wellness Center, Energy Gym, Yogavibez, Liquid Assets, A Perfect Face, OC Hair and Nails, Kirby's Pub, The Red Onion, Mark Stoehr Acupuncturist, Gina Drago Web Design, Seacrets, Fish Tales, Seascape Photography, Raye Gillette Photography, George's Bloody Mary, & Walk On Water..
More To Come.
I'm telling you, it'll be a great dinner & a great year for reef building.
First Spring Reef Building Trip: Need a half-dozen volunteers to help load reef-blocks on Tuesday, 4/22/14 - Start WORK at 7:30 AM. Will try the tog for an hour or so after deploying blocks. This is a reef building, mooring deploying, crew training, go see what the bite's like trip. Charging $30.00 per-person to help defray expenses.
Tow-Boat US Loaded the Reef Foundation's Barge with a truckload of pipe Saturday. Now they need a mooring at Lindsey's or Ake's Reef so they can deploy it.
Tog Fishing! Inshore Trips - Thursday, Friday & Saturday – 6:30 to 3:30 Each Day - $110.00 Per-Person – Twelve Anglers Sells Out – Green Crabs Provided.
Die Despicable Winter!!
Greetings All,
New deckhand, but long-time local angler; Bill found and repaired a hydraulic anchor winch leak that I've had since I bought the boat.
That was in his first 4 hours on the job. Nice.
Changing hose clamps as we do every spring; hunting engines' weeps & seeps, looking for trouble before it becomes trouble. Boat's almost ready for season.
Still need to find another deckhand, a year-round hand.
Have several stopping by.
After many requests, I recently received the "Observed Harvest" data used, in part, by MRIP to calculate state by state sea bass landings in two-month periods.
Here is the precise definition of these "Observed Harvest" numbers. They're not the only data that make-up an estimate.
"Black Sea Bass 'observed' in the Angler Intercept Survey, “Count of fish that were caught, landed whole, and available for identification to species and enumeration by the interviewer.  These fish were available for weighing and measuring."
To fashion the estimate that quite-nearly triggered Accountability Measures, the main estimate that almost closed sea bass for all of 2014 and set managers in a multi-month struggle to save at least part of our fishery; That estimate's foundation is based in large part on Field Observers seeing just 6 sea bass among private boats in Massachusetts during May/June, 2012.
Those 6 fish – which were reported accurately by field interviewers who were doing their job correctly – Those 6 cbass, after complete statistical digestion, became over 600,000 pounds of quota-crushing sea bass.
In 2013, during the summer immediately following Hurricane Sandy, NY & NJ Private Boats had, at least statistically, incredible sea bass fishing.
Much higher than Massachusetts' numbers above, these private boat catch-estimates are based on field interviewers seeing 41 sea bass in New Jersey & 70 in New York.
That private boats waylaid sea bass last summer is an amazing result indeed considering professional effort met with their lowest two-state average catch in a decade.
In fact, MRIP claims New Jersey Private Boaters had one of their top-five years of the last three decades, while NJ's Party/Charter skippers had their lowest catch for those same 30 years.
I really hadn't thought New Jersey Party/Charter skippers had grown unwilling to catch abundant sea bass.
However, sourcing opinion only from the catch estimates, one would have to reach that conclusion.
Or, as I have asserted since 1998, perhaps its better to assume the data contains outliers.
At the conclusion of this Fish Report I've included the Wikipedia page on outliers in statistics - what I often call 'spikes.'
They're apparently very well–known to statisticians who have devised many treatments for them.
Now to get fishery managers to understand their responsibilities in sorting the wheat from the chaff and helping the statistical community to devise better methods of catch calculation.
Then too there's a Percentage Standard Error assigned by statisticians to every estimate. PSE is quite similar to "Margin Of Error" in a political poll – except for catch-estimates they're huge. There is no catch-estimate, none at all, that would be acceptable by political poll standards.
Here's a table with the Massachusetts Private/Rental estimates for recent years. When the PSE column is greater than 50 that means the estimate's "margin of error" is greater than 100%.. You have to double the PSE..
Note also the exact figures for "Observed Harvest" that I've added in the right hand column.
Here, for those same estimates in the table above, is a weight estimation graph that includes PSE values. An estimate is not more likely to be closer to the so-called 'centerpoint.' An estimate is just as likely true anywhere within PSE's full range..
NOTE: Most estimates come close to zero on the low end of PSE. Here readers can see where the two sea bass (2) observed by field interviewers in May/June 2010 were then magically converted to 650,000 pounds of Massachusetts Private Boat catch by centerpoint. If, however, PSE –the 95% confidence interval- is considered, then management's assumption of 650,000 pounds must more-truthfully become "Between 0 & 1,550,000 pounds of recreational catch."

In statistics, an outlier is an observation point that is distant from other observations.[1] An outlier may be due to variability in the measurement or it may indicate experimental error; the latter are sometimes excluded from the data set.[2]

Outliers can occur by chance in any distribution, but they are often indicative either of measurement error or that the population has a heavy-tailed distribution. In the former case one wishes to discard them or use statistics that are robust to outliers, while in the latter case they indicate that the distribution has high kurtosis and that one should be very cautious in using tools or intuitions that assume a normal distribution. A frequent cause of outliers is a mixture of two distributions, which may be two distinct sub-populations, or may indicate 'correct trial' versus 'measurement error'; this is modeled by a mixture model.

In most larger samplings of data, some data points will be further away from the sample mean than what is deemed reasonable. This can be due to incidental systematic error or flaws in the theory that generated an assumed family of probability distributions, or it may be that some observations are far from the center of the data. Outlier points can therefore indicate faulty data, erroneous procedures, or areas where a certain theory might not be valid. However, in large samples, a small number of outliers is to be expected (and not due to any anomalous condition).

Naive interpretation of statistics derived from data sets that include outliers may be misleading. For example, if one is calculating the average temperature of 10 objects in a room, and nine of them are between 20 and 25 degrees Celsius, but an oven is at 175 °C, the median of the data will be between 20 and 25 °C but the meantemperature will be between 35.5 and 40 °C. In this case, the median better reflects the temperature of a randomly sampled object than the mean; naively interpreting the mean as "a typical sample", equivalent to the median, is incorrect. As illustrated in this case, outliers may be indicative of data points that belong to a different population than the rest of the sample set.

Estimators capable of coping with outliers are said to be robust: the median is a robust statistic, while the mean is not.[3]