Fish Report 2/15/18
Exploration Success - Sort Of
Back To Toggin
Boat Show Weekend
History Of Science
Folks - This is WINTER tog fishing. A trip can go south fast. Tog DO NOT always bite! (especially when the water gets too cold!)
(If they did always bite they'd have all been caught..) Yes, my clients have caught 7 tog over 20 pounds   ..but there were many other days when we paid dearly.
A Couple Tog Trips:
Saturday, Feb 17 & Monday, Feb 19 - Leave 6:30AM Return 4:00PM - $125.00 - 16 Sells Out Saturday, 12 Sells Out Monday..
(sorry, I have an important reef monitoring dive trip Sunday.. But there is the Boat Show!)
Reservations Required at 410 520 2076 Open 24/7 - On My Rig You Can Reserve What Spot You're In. Please See http://morningstarfishing.com For How The Rail's Laid Out..
LEAVE YOUR BEST POSSIBLE CONTACT NUMBER - Weather Cancelations Happen - I Make Every Attempt To Let Clients Sleep In If The Weather's Not Going Our Way..
Be a half hour early! We always leave early!
..except when someone shows up right on time.
Clients arriving late will see the west end of an east bound boat. With a limited number of reserved spots, I do not refund because you over-slept or had a flat..
Green Crabs (not Whites!) Provided As Boat Bait And Are Included In All Fares.
Skunks are always possible while tog fishing.
Really. It's a frequent occurrence. Sometimes even the very best toggers get their head handed to them despite folks all around having done well.
Then too, sometimes the whole boat can do very poorly.
If you can't take the heat, and there ain't much of that either, stay out of the kitchen.
Going Toggin Anyway! Tog Only, Sea Bass Are Closed Because NOAA Has Absolutely No Real Idea How Best To Manage The Fishery.
No Live Tog Leave The Boat - Dead & Bled - Period. (I Believe The Live Tog Black Market Has Hurt This Fishery ..But Nowhere Near As Much As Bad Sea Bass Regulations)
Agreed With Or Not, All Regulations Observed – Maryland: 4 Tog @ 16 Inches
If You Won't Measure & Count Your Fish, The State Will Provide A Man With A Gun To Do It For You. We Measure & Count — ALWAYS — No Exceptions!
It's Simple To Prevent Motion Sickness, Difficult To Cure. Bonine seems best because it's non-drowsy. Truly cheap & effective insurance.
Honestly - If you get to go on the ocean once month, once a year, or even less; why risk chumming all day? Similarly, if you howl at the moon all night, chances are good you'll howl into a bucket all day.
Bring A Cooler With Ice For Your Fish – A 48 Quart Cooler Is Fine For A Few People. Do Not Bring A Very Large Cooler. We DO have a few loaners - you'll still need ice.
No Galley! Bring Food & Beverages To Suit. A few beers in cans is fine for the ride home.
In winter waterproof boots are almost a necessity. While some rarely, or never, wear gloves for fishing, you'd not likely see me fishing this time of year w/o at least the half-finger wool gloves.
Layers are best because, believe it or not, sometimes it can be very pleasant offshore--especially when the wind lays down. In winter it's warmer offshore owing to warmer waters. In summer it's cooler..
19,575 Reef Blocks deployed at numerous sites as of 11/12/17: TNC's Restoration Reef 278 - Doug Ake's Reef 3,355 - St. Ann's 1,952 - Al Giles/OC RUST Reef 1,529 - Eagle Scout Reef 970 - Sue's Block Drop 569 - Nichols' Concrete 1134 - Capt. Bob's Inshore Block Drop 705 - Benelli Reef 418 - Capt. Bob's BG Reef 784 - Wolf & Daughters Reef 220
Recent Blocks Provided By Potomac Valley Brick - Thank You!
Support the Ocean City Reef Foundation! http://www.ocreefs.org (lots of reef pics here..) The OC Reef Foundation is a 501c3 non-profit with no payroll & no rented office space -- We Build Reef. Also registered w/Amazon Smile. We're Nowhere Near Reef Building's True Potential. Thank You! 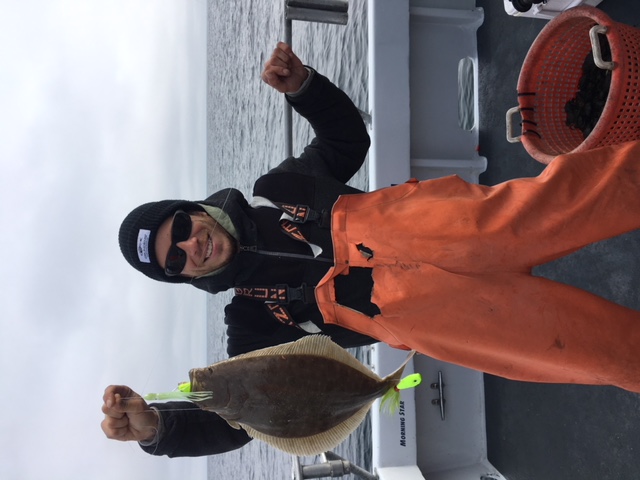