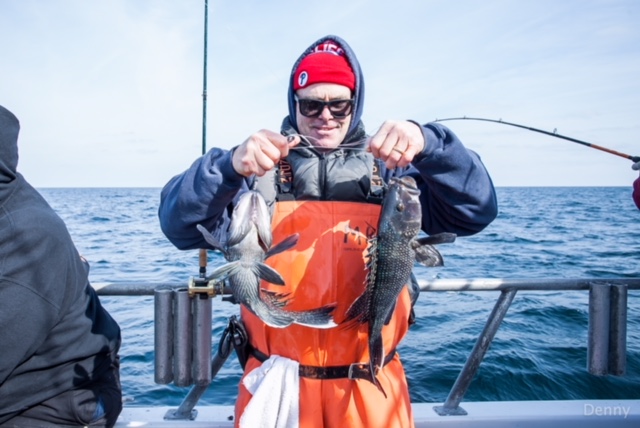 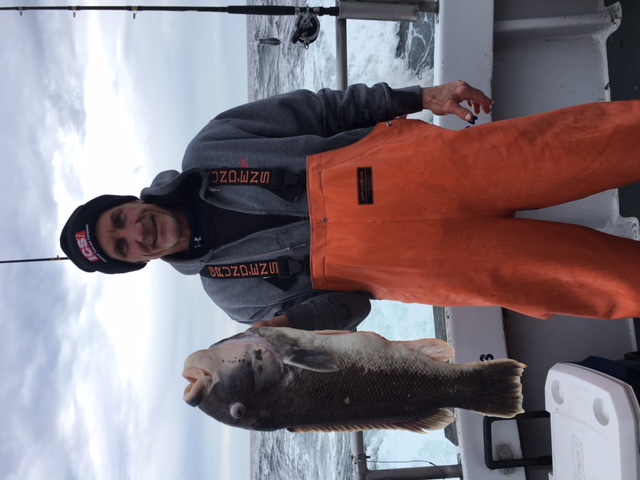 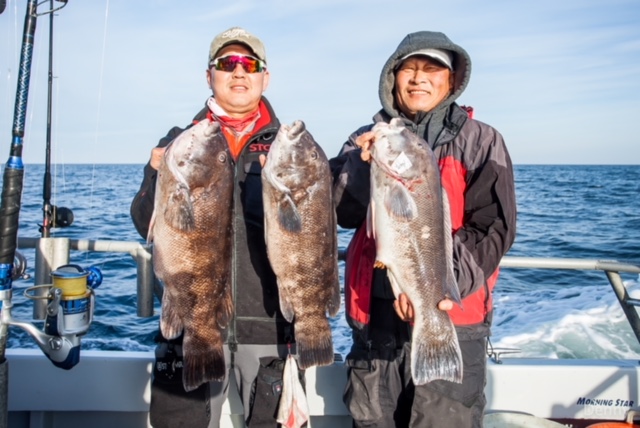 Greetings All,
My last couple tog trips were more about crab-eating sea bass than tog. Sadly, and although sea bass are open in federal waters, we cannot land them in MD. NOAA's afraid their incredible ghost-fleet of intrepid Private Boats will just demolish their accidentally-twice-as-numerous sea bass population.. (true statement)
Did have some tog - even decent ones - but Saturday's trip was slow to near-stop where I was..
Then I heard about a post on FaceBook (so it MUST be true!) that a couple fellows had landed a few fluke. It's a good post.
Have been thinking about it. A lot. For Years. Derned if I ain't going to go try.
Have also been seeing what MIGHT be atlantic mackerel on the screens while running out & in. Might. The old-time 'Boston Mackerel' runs that were so important to my fiscal well-being as a youngster; they could come back.. Ought to.
What I'm going to do is leave at 6:30 and return in late afternoon. We'll look to 'make bait' on the way out --look for mackerel/herring-- then fish for summer flounder on a wreck.
Practically begging for a skunk..
But if it isn't........
OC Seaside Boat Show is this weekend. OC Reef Foundation will be there. I've included a recent FB/email reef blast below.
Cheers All,
Monty
Capt. Monty Hawkins
Partyboat Morning Star
Ocean City, MD
Hello Reef Supporters! (Reef News 2/11/18 - Sent to OCRF mail list)Things are starting to shake in our tiny reef building world. Have received several generous donations of late -- the Foundation is 100% recovered from the Iron Lady Project.
Now to build more reef..
There are buoys at two reefs we're working on - marked off for our small barge. We take approximately 1/2 to 3/5 of a full tractor trailer load on each run aboard the 40 ft barge. It's slow to get loaded & deployed, but creates reef.
Slower still, (but not really because we're always after it!) are block deployments. Just did get a load of chimney blocks from Capt. Jeff Bauer with Potomac Valley Brick - those blocks make a wonderful 'tog condo' unit. Put enough units in one spot, rapid colonization is inevitable  ..not just for tog, of course, but everything we want in a reef. Should cross the 20,000 block mark by May..