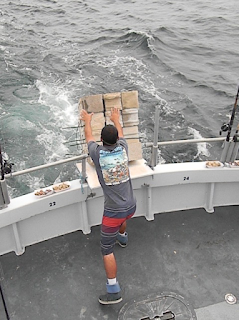 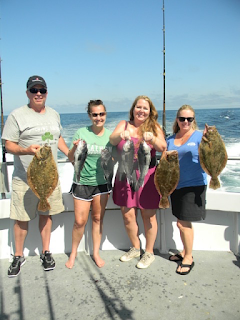 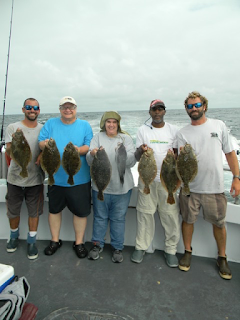 Fish Report 9/24/17
"Dear Commerce Secretary Ross,"
How Statistics Are Bringing An Industry Down
MRIP's Magic Quota Eraser
Want To Help Fix It?
Not Currently Sailing. Will wait until sea bass reopen Oct 22nd.. Might sail beforehand, maybe. Will announce right here if so. Lot of life outside of fishing going on.
I do especially want to thank NOAA Fisheries and all the scientifically-blind who have reviewed MRIP's catch data for this beautiful weekend off. It's allowed me some serious writing time.
From Below: If anglers aren't concerned enough by now to write a stinkin letter, then we shall surely see the continuation of MRIP's trend. They'll add catch & add catch from Shore & Private Boat until we're completely closed by Accountability Measures.
If you, the reader, would care to involve yourself in the fight to rid marine recreational fishing of this MRIP catch data chicanery--where coming closures will make today's seem mild, or even just understand why government guessing at what we caught could be a problem in today's computerized world: Read On.  The piece starts just a few paragraphs down..
If you know anyone with pallets of unsalable block, I know a fishy place or two we can store them. Forever. Will pay for trucking.
If you have a few blocks in the backyard taking up space and just making snake reef, bring em. We'll toss em overboard with the rest.
Thank You Capt. Jeff Bauer of Potomac Valley Brick for finding a(nother!) truckload of miscast block.
Please Support the Ocean City Reef Foundation!
http://www.ocreefs.org
We're Nowhere Near Reef Building's True Potential.
2017 Reef Raffle!! Benelli USA has donated another spectacular shotgun! A Benelli Super Black Eagle II, 25th Anniversary Limited Edition, 12ga 28" in Black Cerakote.. Tix are $10.00 - available aboard and/or email if you want me to mail you some. If you want to sell some, could REALLY use the help. Drawing is always the Sunday after Thanksgiving..
19,100 Reef Blocks deployed at numerous sites: TNC's Restoration Reef 278 - Doug Ake's Reef 3,300 - St. Ann's 1,888 - Al Giles/OC RUST Reef 1,426 - Eagle Scout Reef 954 - Sue's Block Drop 529 - Nichols' Concrete 1122 - Capt. Bob's Inshore Block Drop 691 - Benelli Reef 418 - Capt. Bob's BG Reef 704 - Wolf & Daughters Reef 220

Capt. Dan Iacangelo pushes over a unit with block number 19,000 aboard. Take a few blocks everyday; we left that unit at Capt. Bob Gowar's Reef at the Bass Grounds.
Here's a two and a half minute video of St. Ann's & Nichols' Concrete block piles Wes put together. https://www.youtube.com/watch?v=WAuaIWdejVk&feature=youtu.be  Too young for substantial growth, I assure you the fish haven't seemed to mind. Spread thin at first, you can see St. Ann's Reef drop-target at 1:20, followed by mid-1990's concrete and fresh block at the Nichols' Concrete. The white patches on old concrete are star coral, which, given time, forms well-used rugosity for our region's reef residents.
Perhaps the main thing you'll notice, especially in the second part, is how pea-green the water is. Wasn't long ago that area was, "The Deep Blue Sea."
Clean, clear ocean water is blue, not green - especially not that kind of green.
But NOAA's not worried about that, not marine water quality. They have spied "recreational overfishing" again & again. According to their catch estimates we're more greedy than the foreign factory trawlers we threw out with the first Magnuson-Stevens Act in 1976..
This piece describes how the Feds can believe such a rotten gut-barrel full as that..

You Asked For the Following:

Just NJ Shore March/April Only
All Party/Charter & Commercial Trap/Pinhook/Trawl --All Year!-- is a few thousand pounds less than what MRIP claims these NJ jetty fishers took in a few weeks..
And, by golly, MRIP's proud of it too.
No really. They are.
In response to my questions: From MRIP's newsletter "Marine Recreational Information Program Update November 19, 2012"
http://www.gsmfc.org/pubs/fin/MRIP/Update_11-19-12.htm

How can you say MRIP is "better" than MRFSS when there are still so many estimates that appear to be obvious outliers? Specific examples include:

Where's the head-count? Where are the statistical stops to prevent wild flyers in the data? Isn't there some way to clearly flag the "bad" numbers and only report the ones that make sense?

(Head-count is the heart of "Repair." MRIP was supposed to use license info. That's WHY we have licenses/registrations now. All that business is for MRIP. They still don't use license data as I'd anticipated. What license info they do use is inflated greatly owing to 'everyone who doesn't get a license' - a completely nut-so "drawn from thin air" escalation of recreational catch..)

MRIP Responds (and this was published in a smooth-glossy of theirs..)

Thank you for your questions. These are important issues with complex explanations that straddle the line between the science of producing estimates of recreational fishing activity, and the most appropriate use of those estimates to fairly and sustainably manage recreational fisheries. . . .