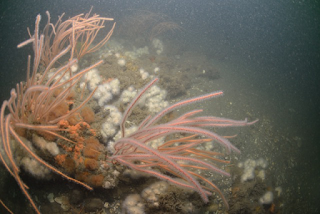 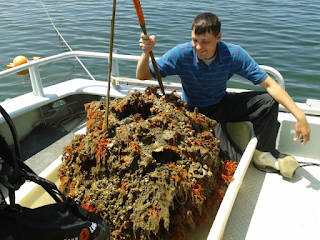 Fish Report 3/28/16
A Windy Went & Hopefully Calmer Tog Trip Coming
One Reef Ball
Blinded By Bad Data
Going Toggin: It's STILL a COLD WATER BITE! Getting a lot more bites & throwbacks--tagging more. Some anglers will likely do OK - not everyone.
Going Wednesday, March 30th - 7AM to 3PM - $110.00 - 12 Sells Out
Opening May 15th Through May 31st For Sea Bass. I do not anticipate easy bag limits. Last year's opener, in fact, was some of the worst sea bass fishing I've ever seen. But last fall was consistently good! What do you do.. We'll be allowed 15 sea bass at 12.5 inches. Call to reserve. The worst thing you can do is involve me w/your reservation.. I fish for a living, they do reservations for a living!
All Winter Trips Posted Via Email. There's just no use trying to go everyday in winter.. (that includes March, April, and early May.)
Reservations Required - See Below. Be a half hour early! We always leave early!
Skunks are always possible while tog fishing.
Really. It's a frequent occurrence, even with a good bite. Not an easy fishery; the very best toggers sometimes get their head handed to them despite folks all around having done well.
Then too, sometimes the whole boat can do very poorly.
If you can't take the heat, and there ain't much of that either, stay out of the kitchen.
Water's Getting Warmer In Pockets. Storms Have Flipped Temps Upside Down & Backward. An Odd Winter For Sure..
Crew Have White Crabs For Sale AT THE DOCK for the low, low price of just $5.00 per generous dozen. There Is No Guarantee We'll Have Whites For Any Trip. Sometimes they all die. That shrinkage is why I prefer greens. We may be bringing some whites with us in the ocean. Green Crabs (not Whites!) Remain Provided As Boat Bait And Are Included In All Fares.
Going Toggin Anyway! Tog Only, Sea Bass Are Closed Because NOAA Has Accepted Poor Statistical Catch Estimates As If They Represented 'Certain Knowledge' For Decades. NOAA Has No Idea How Best To Manage The Sea Bass Fishery. (yet)
No Live Tog Leave The Boat - Dead & Bled - Period. (I Believe The Live Tog Black Market Has Hurt This Fishery ..But Nowhere Near As Much As Bad Sea Bass Regulations)
Agreed With Or Not, All Regulations Observed – Maryland: 4 Tog @ 16 Inches
If You Won't Measure & Count Your Fish, The State Will Provide A Man With A Gun To Do It For You. We Measure & Count — ALWAYS — No Exceptions!
Reservations Required at 410 520 2076 - On My Rig You Can Reserve What Spot You're In. Please See http://morningstarfishing.com For How The Rail's Laid Out..
LEAVE YOUR BEST POSSIBLE CONTACT NUMBER - Weather Cancelations Happen - I Make Every Attempt To Let Clients Sleep In If The Weather's Not Going Our Way..
Be a half hour early! We always leave early!
..except when someone shows up right on time.
Clients arriving late will see the west end of an east bound boat. With a limited number of reserved spots, I do not refund because you over-slept or had a flat..
Dramamine Is Cheap Insurance! (Meclizine's Better!) Crystalized Ginger Works Great Too. It's Simple To Prevent Motion Sickness, Difficult To Cure.
Honestly - If you get to go on the ocean once month, once a year, or even less; why risk chumming all day? Similarly, if you howl at the moon all night, chances are good you'll howl into a bucket all day.
Bring A Cooler With Ice For Your Fish – A 48 Quart Cooler Is Fine For A Few People. Do Not Bring A Very Large Cooler. We DO have a few loaners - you'll still need ice.
No Galley! Bring Food & Beverages To Suit. A few beers in cans is fine for the ride home.
12,713 Reef Blocks Deployed at numerous sites. Active presently are Doug Ake's Reef with 2,406 - St. Ann's 1,459 - Al Giles Barge 677 - Eagle Scout Reef 756 - Sue's Drifting Easy Reef 147 - Nichols' Concrete 578 - Upside Down Tank 132
Please Support the Ocean City Reef Foundation!
http://www.ocreefs.org
We're Nowhere Near Reef Building's True Potential.
Thank You!

Photo: Nick Caloyianis.
I'm thankful for Nick & Clarita's help. Michael Eversmier, Rick Younger, Ted Green, Jeremiah Kogon, Nick & Clarita - These folks will jump from a perfectly good boat to push our understanding of reefs forward.
This pic of natural hardbottom reef off the Maryland coast is simply what "wrecks" looked like tens of thousands of years--millions--before the first ship ever sank.
Thankfully, fish & corals ain't too bright. Throw some rock, concrete, or steel overboard; fish and growth's response to any hard substrate is always the same.
Reef building, absent government regulation, is generally about this complex: Roll rocks or concrete off a barge. (You could just sink the barge too.) Wait 5 Years. Marvel at Reef & Reef Fisheries Production Occurring Precisely As On Any Natural Substrate.
With government regulation it's a heck of a lot harder. Perhaps one day soon we'll arrive at a more helpful stage in fisheries governance..