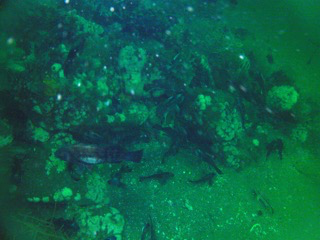 Fish report 8/20/15
Another Long Flounder Trip
The Catching
Your Thoughts Matter
Special Flounder Trip - Sunday, August 23rd - 6:30AM to 4PM - $125.00 - Reservations Required.
Sailing For Sea Bass & Flounder (called Fluke from NJ north).
Absolutely Cannot Predict Which Species Will Bite Better On Any Given Day. Very Firmly: If you positively want one species & not the other you can watch the gut bucket to see which day would have been best for you. Fishing has been OK, which is always better than not fishing at all. Sending almost every party home with a fish fry's worth at least - but it requires work. We cannot know what will bite better on any given day until the bite is over.
Saturdays 6:30 to 3:30 - $125.00 – Sundays In August By Announcement Only - Scheduling September Sundays - Otherwise 7 to 3 at $110.00.
Reservations Required at 410 520 2076 - On My Rig You Can Reserve What Spot You're In. Please See http://morningstarfishing.com For How The Rail's Laid Out..
LEAVE YOUR BEST POSSIBLE CONTACT NUMBER - Weather Cancelations Happen - I Make Every Attempt To Let Clients Sleep In If The Weather's Not Going Our Way..
Be a half hour early! We always leave early!
..except when someone shows up right on time.
Clients arriving late will see the west end of an east bound boat. With a limited number of reserved spots, I do not refund because you over-slept or had a flat..
Dramamine Is Cheap Insurance! (Meclizine's Better!) Crystalized Ginger Works Great Too. It's Simple To Prevent Motion Sickness, Difficult To Cure.  If You Suffer Mal-de-Mer In A Car You Should Experiment On Shorter Half-Day Trips First! (Wockenfuss Candies sells crystalized ginger locally - Better is Nuts.Com.. Chewable Meclizine is a good pharmaceutical with Scopolamine Patches the gold standard.) For Anglers With Known Issues Dramamine & Meclizine Work Best If Treatment Begins The Night Before..
Honestly - If you get to go on the ocean once month, once a year, or even less; why risk chumming all day? Similarly, if you howl at the moon all night, chances are good you'll howl into a bucket all day.
Bring A Cooler With Ice For Your Fish – A 48 Quart Cooler Is Fine For A Few People. Do Not Bring A Very Large Cooler. We DO have a few loaners - you'll still need ice.
No Galley! Bring Food & Beverages To Suit. A few beers in cans is fine for the ride home.
Small-scale reef building that adds up over time; We've recently reloaded the block pile with 90 pound reef blocks. Now 11,943 Reef Blocks Deployed at numerous sites. Active presently are Doug Ake's Reef with 2,274 - St. Ann's 1,361 - Al Giles Barge 482 - Eagle Scout Reef 648 - Sue's Drifting Easy Reef 62 - Nichols' Concrete 528 - And 120 at the upside-down tank. (Yes, it's an M-60A1 that landed on it's turret. Only the treads and bottom are exposed. I'm thinking it will support the weight of many reef blocks provided we site them accurately. All Stop at 120 - will deploy more blocks here after camera inspection.) Now Elaine's Concrete - a reef we built in the mid-1990s to about 18 inches thick. After wonderful colonization, it scoured in after just 3 years. Using the old buried-in reef as a foundation, now 24 reef blocks at Elaine's..
Please Sponsor Our Larger-Scale Reef Building At http://www.ocreefs.org - Believe This: We're Nowhere Near Reef Building's True Potential. Another Big Project Come Fall.   Thank You!
Greetings All,
Been pretty steady on the flounder. Some nice fishing, though sometimes with more throwbacks than we'd care for. I think it fair to say virtually every client has gone home with dinner over the last several weeks save one. The same day he goose-egged, so did I - while folks all around had fish; some with limits of fish and even forced to give away fish.
Such is the luck.
targeting flounder, sea bass are few & far between. With heavy weather always a possibility this time of year, fishing could flip after a good blow.
Last Sunday I could have sold tickets heavily into a gorgeous calm day. Instead, I rounded up a few hands and went on an underwater video trip to see if we could discern effects of multi-year surveys in the MD Wind Area. We also monitored some old & new artificial reef sets around the Bass Grounds.
I'm concerned "the system" has shrugged-off the effects of sub-bottom profilers in this year-after-year survey situation. I'll include a single contact below that wants to hear your thoughts.
What happened this year on our reefs in the MD Wind Area is much worse than any other survey effect I've ever observed - it was cumulative.
I believe NOAA, BOEM & the rest of .guv agencies concerned with things marine need to understand what happened off Maryland's coast this summer.
Right now BOEM, ("The Agency Is The Expert,") holds sea bass cannot hear a sub-bottom profiler & therefore no effect has occurred.
More below.
While breathlessly awaiting several videos from our trip Sunday, please see https://www.youtube.com/watch?v=inSu6jcsBYg
A local diver, Oleg's given us several unique views of an undersea world we do not yet comprehend.
The artificial reef he filmed here is about 35 years old..
NOAA, in their version of "The Agency Is The Expert" cannot decide whether building artificial reef substrates for coral colonization is good thing or not.
Whatever, we'll keep throwing reef blocks off the back of the boat until they figure it out.
Pic is the most dense school of sea bass we found Sunday.